We are very proud to announce that on 4th June 2020, Zitrón successfully carried out the most challenging high temperature test to date on a tunnel axial fan: 600 ºC for 120 minutes. 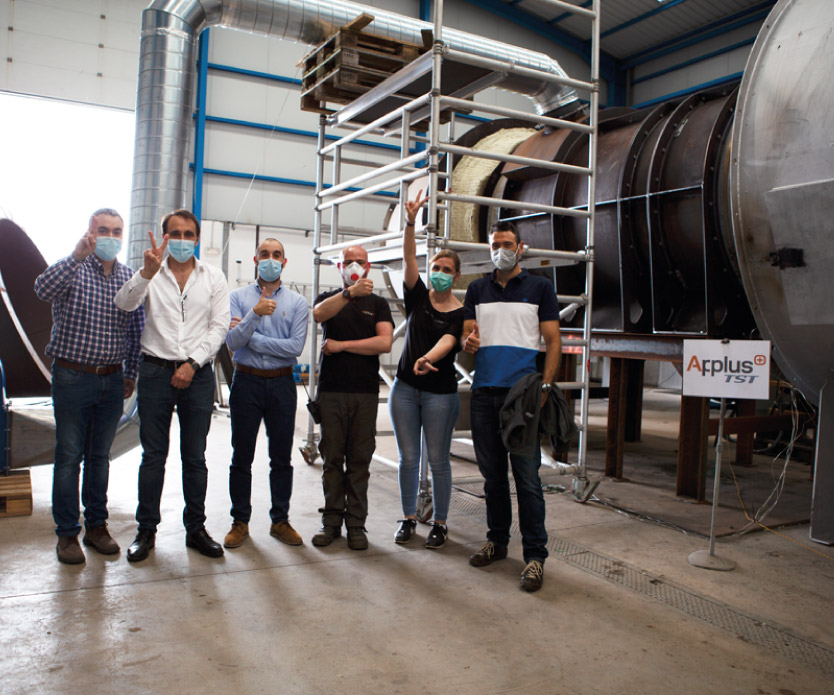 These fans will be installed at the Ursynów tunnel, on the Warsaw southern bypass (Poland). Zitrón has been awarded the contract for the design, manufacture, delivery and commissioning of the complete tunnel ventilation system on this project.

The fan was tested at Applus+ TST Laboratories according to standard EN-12101-3. Test conditions and measurements were strictly controlled, monitored and recorded. The test was broadcast live via a streaming platform, and followed by inspectors and the project management team based in Warsaw.

The goal of this test was to assure the proper fan performance at 600 ºC during at least 2 hours. This is an important and demanding requirement, taking into account that in case of fire inside the tunnel, the axial fans would have to exhaust the hot fumes, keeping escape routes free of smoke to allow the evacuation of users, and also enabling the access of fire and rescue services.

29 September 2020
Posted by: Encarna
0
0
How ventilation systems will change with the introduction of battery electric vehicles in underground mining?...

4 August 2020
Posted by: Encarna
0
0
Zitrón has received the UNE Award for the most outstanding TSC spokesperson 2020 Susana Rodríguez...

30 March 2020
Posted by: Encarna
0
0
COVID-19 (coronavirus) ZITRÓN’S CONTINGENCY PLAN We would like to inform all our customers, collaborators and...

Zitrón’s Contingency Plan due to COVID -19

17 March 2020
Posted by: Encarna
0
0
COVID-19 Announcement to clients We hereby inform you that due to the situation caused by...

17 March 2020
Posted by: Encarna
0
0
COVID-19 (coronavirus) CONTINGENCY PLAN ZITRÓN We would like to inform all our customers, collaborators and...

22 October 2019
Posted by: Encarna
We use cookies to ensure that we give the best user experience on our website. Your continued use of this site assume that you agree. Cookies policyAccept